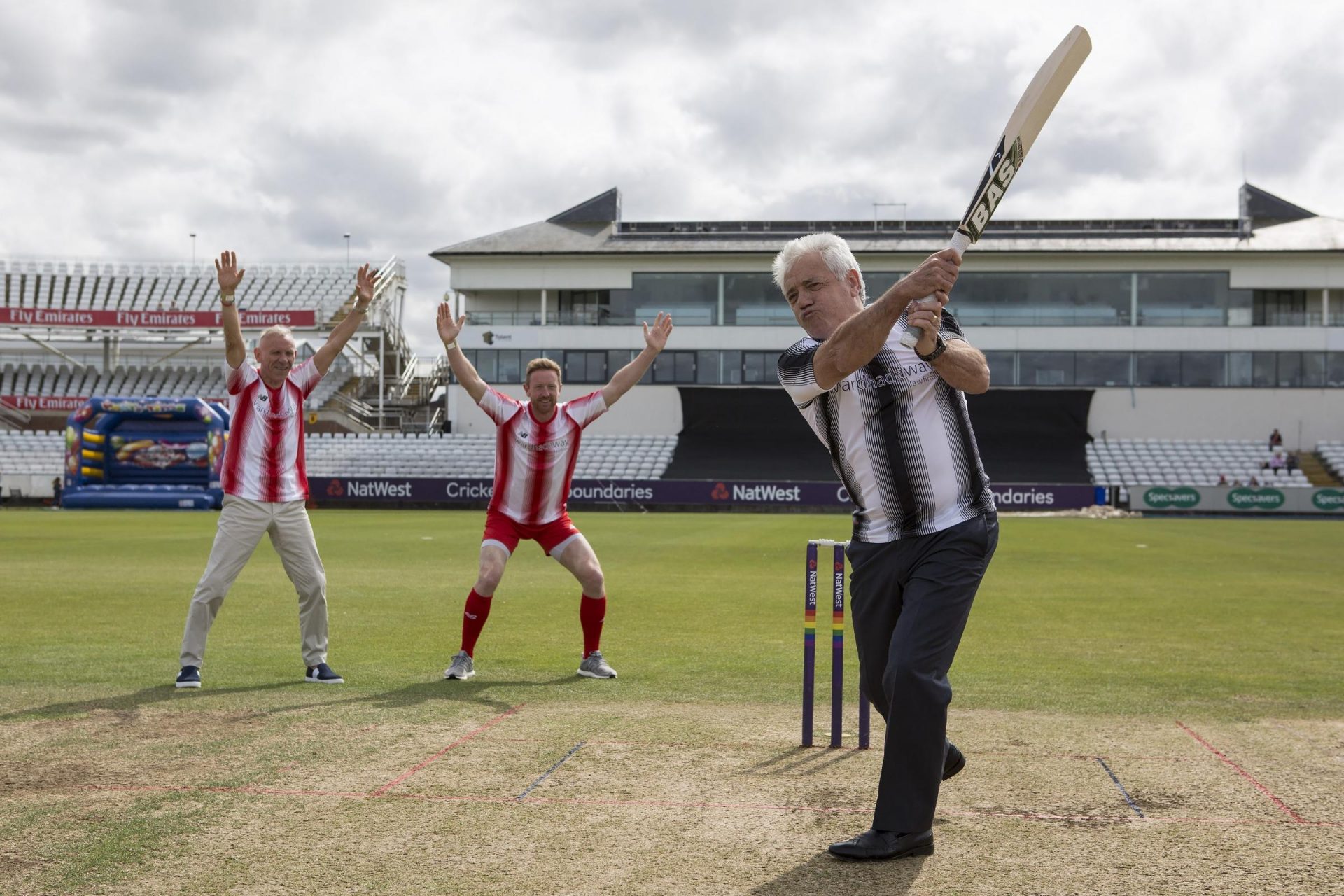 ONE of the biggest rivalries in the North-East was played out by cricketers during a testimonial match for one of Durham’s sporting legends.

The all-star teams dropped their customary whites in favour of football strips for the first ever Sunderland versus Newcastle T20 match to celebrate Paul Collingwood’s testimonial year at Durham County Cricket Club.

Fans were treated to an afternoon of top cricket from past and future England stars, but with a footballing twist as former Sunderland manager Peter Reid took on Newcastle rival Kevin Keegan.

Three-time Ashes winner Collingwood donned his beloved red and white strips to take part in the match at the Emirates Riverside ground in Chester-le-Street.

Collingwood, who has enjoyed a 21-year career with Durham, managed to hit 43 before being caught in the deep by Phil Mustard.

His efforts were not enough to secure a win for Sunderland, who failed to chase down the 223 set by the Magpies.

The Shotley Bridge all-rounder earned the testimonial after appearing for his home county 201 times – more than anyone else. And he has also scored more centuries for the club than anyone else, with 22 to his name.

During his international career, he made 68 Test appearance for England, including winning three Ashes series. He also holds the record for the most one-day appearances England, which stands at 197, and has won 35 Twenty20 caps.

The match was sponsored by Infiniti Newcastle and M24Seven and was also supporting and raising funds for the Graham Wylie Foundation, which works to improve the lives of vulnerable children and young people across the region.

Wods by Rachel Conner at The Northern Echo

Punks with hearts of gold!