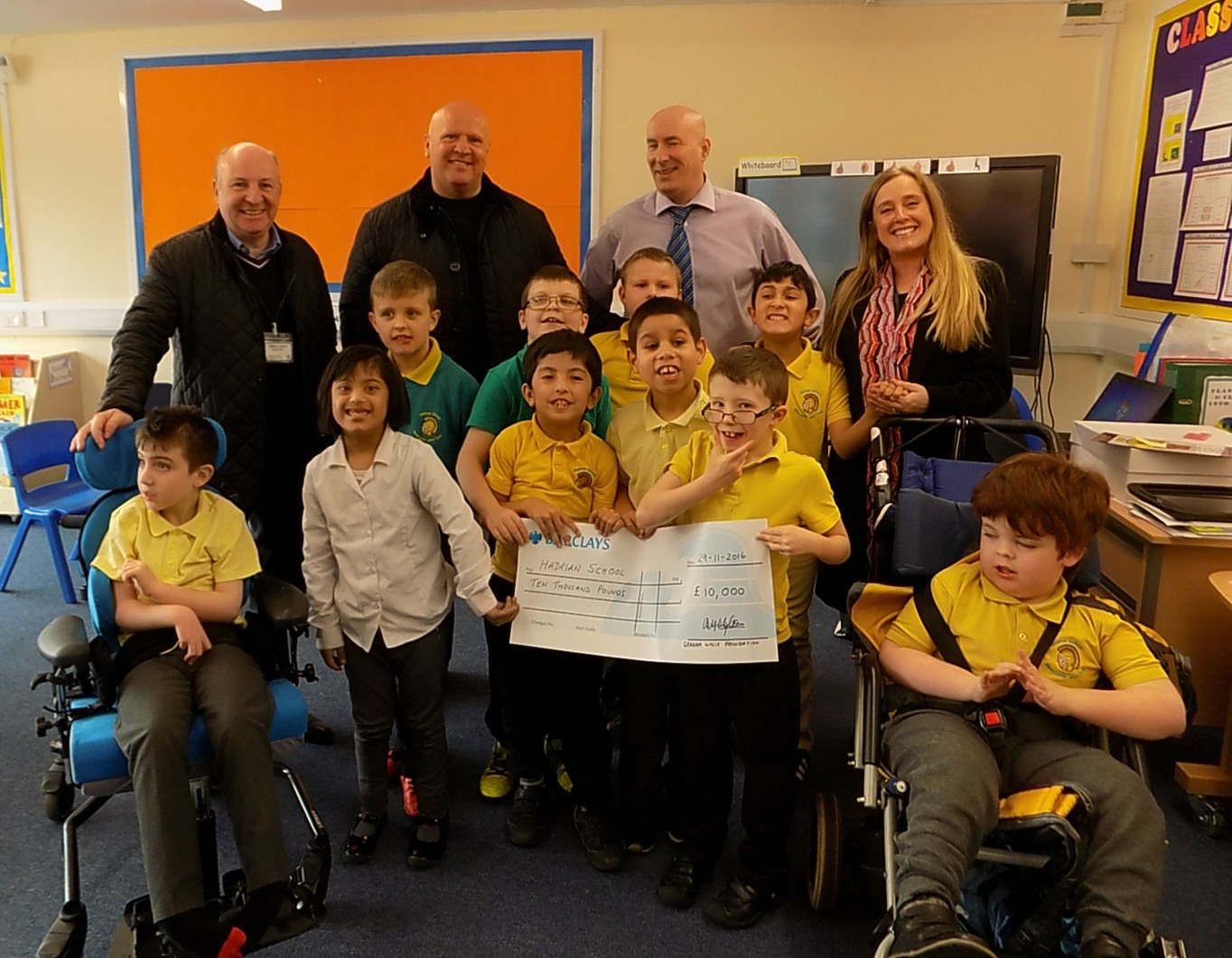 Catering for pupils with special needs, the school, which has outstanding Ofsted reports for its work with children across the city of Newcastle, is underway with a new annexe that will house a rebound therapy area. The facility will be a vital addition to the school for many years to come and will provide excellent service to the pupils requiring the unique therapy it can offer.

The Graham Wylie Foundation, including Graham Wylie himself, visited the school to be given a comprehensive tour of its work by Head Teacher, Chris Rollings.

Graham and foundation Chief Executive, Angie Jenkison, spent a considerable time reviewing the work undertaken, meeting the pupils and staff. Following the tour, Mr. Wylie was delighted to present a cheque for funds toward the new centre, saying, “We are very proud that the first grant of £10,000 from the Graham Wylie Foundation has been awarded to Hadrian School. The money will be used to help build the new rebound therapy centre that many children will benefit from for many years to come.”

Head Teacher, Chris Rollings was fulsome in his praise for the important donation, commenting, “.Without the support of generous benefactors such as Graham, our goals would remain aspirations rather than achievable dreams. We have been dreaming of providing this much needed therapy centre for three years now, but are one huge step closer to realising our ambitions thanks to your support. All being well the new centre will be up and in operation by July 2017 for the benefit of the whole region, for children and adults alike, with a wide range of additional needs. Not only will it provide bespoke therapy, it will also be a national training centre for teachers, physiotherapists, sports coaches, teaching assistants wanting to deliver Rebound Therapy. So once again, a huge thank you from all the children and staff at Hadrian School!”

The foundation is looking forward to providing further funds to worthy causes in the future and Hadrian School provides an important step on the road to their charitable aims.

Read about this in the Chronicle here