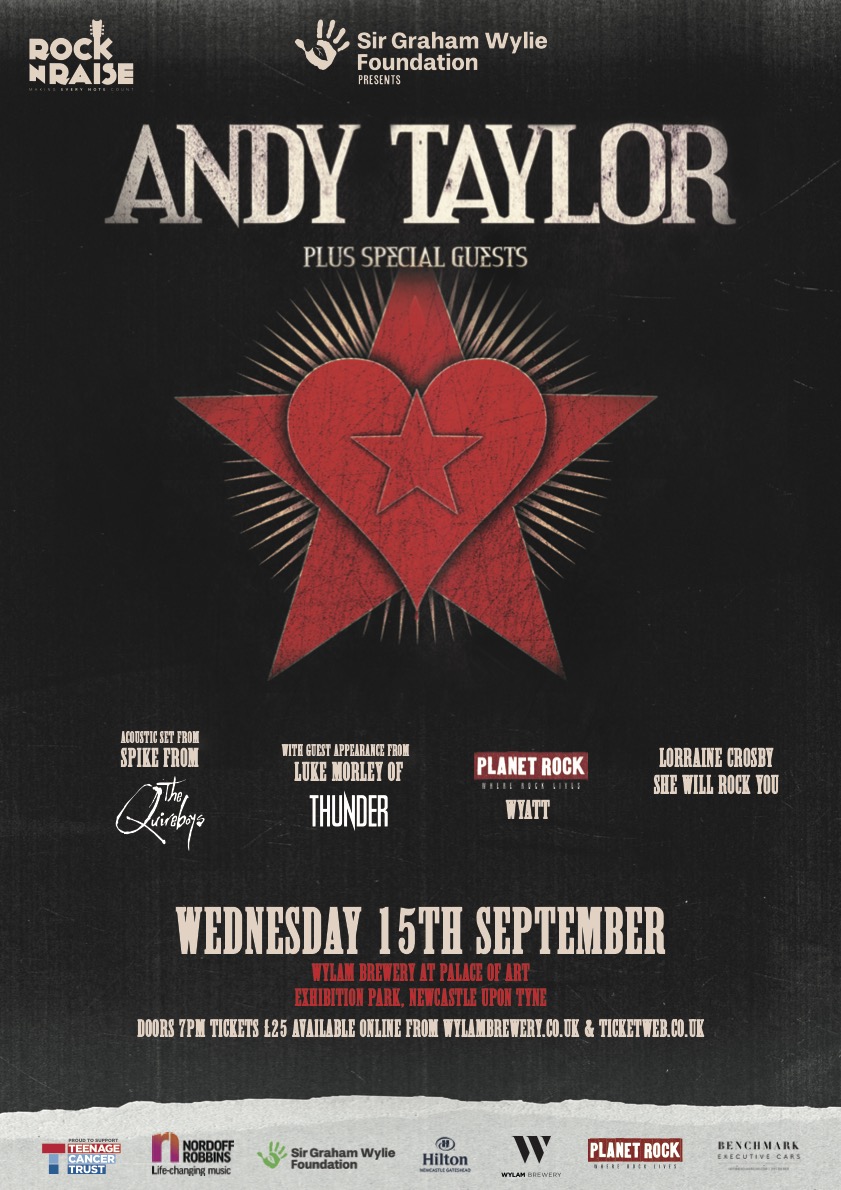 DURAN DURAN and Power Station superstar Andy Taylor will be returning to his roots for a special night of music for one night only.

The Cullercoats-born musician will be headlining Rock n Raise at Newcastle’s Wylam Brewery on 15 September.

Andy will be performing a set of his greatest hits from Duran Duran, The Power Station, Robert Palmer, his solo projects and tracks from his forthcoming album.

Andy has also invited some very special guests to join the party – Luke Morley from Thunder and Spike from The Quireboys will be performing acoustic sets, while Planet Rock’s Wyatt will be playing everyone’s favourite rock songs.

Lorraine Crosby’s ‘She Will Rock You’ will also feature helping to create a memorable night of music and fundraising.

The charity gig, which is expected to sell out, will raise much needed funds for its organiser, the Sir Graham Wylie Foundation, along with Teenage Cancer Trust and Newcastle’s Nordoff Robbins Music Therapy

Andy said: “I couldn’t think of a better charity to be part of. I know personally how music changes lives and I can’t wait to bring the house down to help young people in the region.”

Rock n Raise events are supported by a host of music industry big hitters such as Sting and The Kaiser Chiefs.

The Sir Graham Wylie Foundation gives 100 per cent of its donations directly to good causes, such as Nordoff Robbins Music Therapy Centre, Jesmond, which was built by the foundation and now delivers life transforming music therapy to children and young people from across the region.

“The music industry has been hugely supportive of Rock n Raise,” said Sir Graham, “and some of its biggest stars have helped us support people here in the North East.

“Andy Taylor is one of the greatest musicians of all time and we’ll rock n raise the roof to raise money for those who need it.”

Doors open at 7pm and tickets, which cost £25, are available online from https://www.ticketweb.uk/event/rock-n-raise-with-andy-wylam-brewery-tickets/11260545?pl=wylam