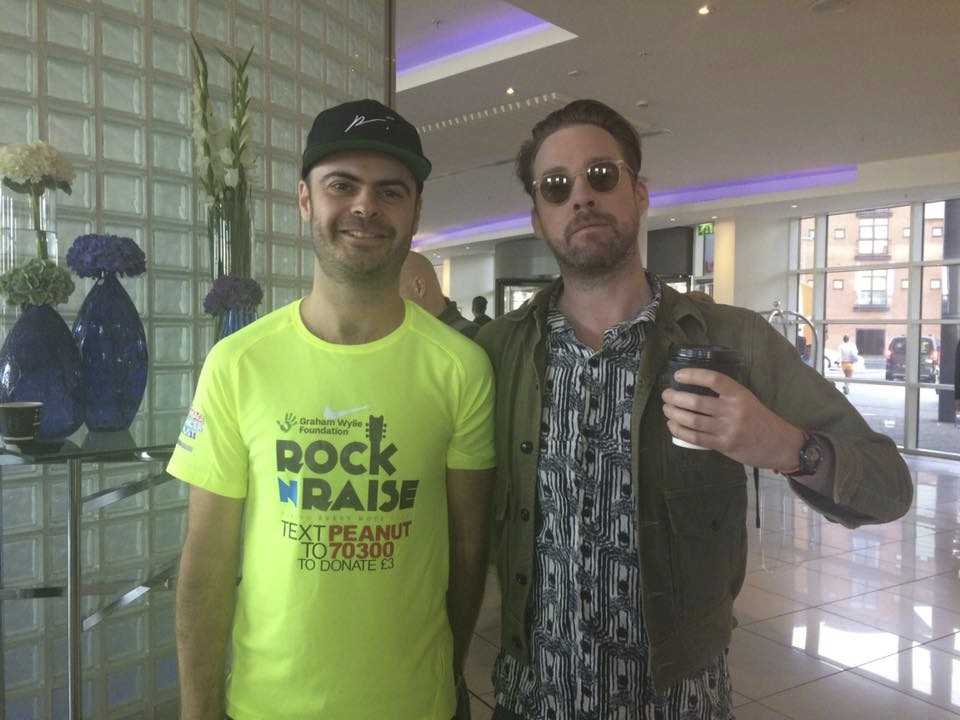 KAISER Chiefs musician Nick Baines will tackle the Great North Run for a second time this summer, to support a charity which helps vulnerable youngsters across the North East.

Nick, affectionately known as Peanut, will line up for the world’s biggest half marathon on Sunday 10 September to raise cash for the Graham Wylie Foundation’s Rock n Raise campaign. The star will be joined by comedian Simon Donald, ITV news reader Ian Payne and award-winning Jersey Boys actor Ryan Molloy, who are all putting their best feet forward in support of the Foundation.

Rock n Raise was launched last year as part of the newly-formed Graham Wylie Foundation, which is raising funds through music events to support the creation of a music therapy centre at the former matron’s lodge at Newcastle’s Fleming Hospital. When complete the centre will use music therapy to help young people and teenagers from across the region.

With band-mate and Kaiser Chiefs frontman Ricky Wilson cheering him on, Peanut finished last year’s run in one hour, 34 minutes and raised more than £2000 for the initiative and just hours after crossing the line, Peanut took to the stage with the rest of the band to headline at the inaugural Rock n Raise concert at Newcastle Arena along with Kodaline and local lads Lisbon, which raised a further £45,000.

This year, the former Newcastle University student is aiming to smash both his previous time and his fundraising total.

“I’m coming back to my university city to take part in the Great North Run again, raising money for the Graham Wylie Foundation’s Rock n Raise arm, which is planning to bring music therapy to the North East,” he said. “The Graham Wylie Foundation has generously donated a building for Nordoff Robbins to provide life changing music therapy to children and young people. Planning is now in place, so they can soon begin turning the building into the first music therapy centre outside of London.”

Graham Wylie said: “Following the success of our inaugural Rock n Raise concert last year, it’s fantastic to have the support of Peanut once again. The Kaiser Chiefs have been very supportive since the start, and we know Peanut is determined to beat his fundraising total this year. We are delighted that he has signed up to run again.

Fans can sponsor Peanut by visiting www.justgiving.com/fundraising/kaisers-peanutor texting PEANUT to 70300 to donate £3.