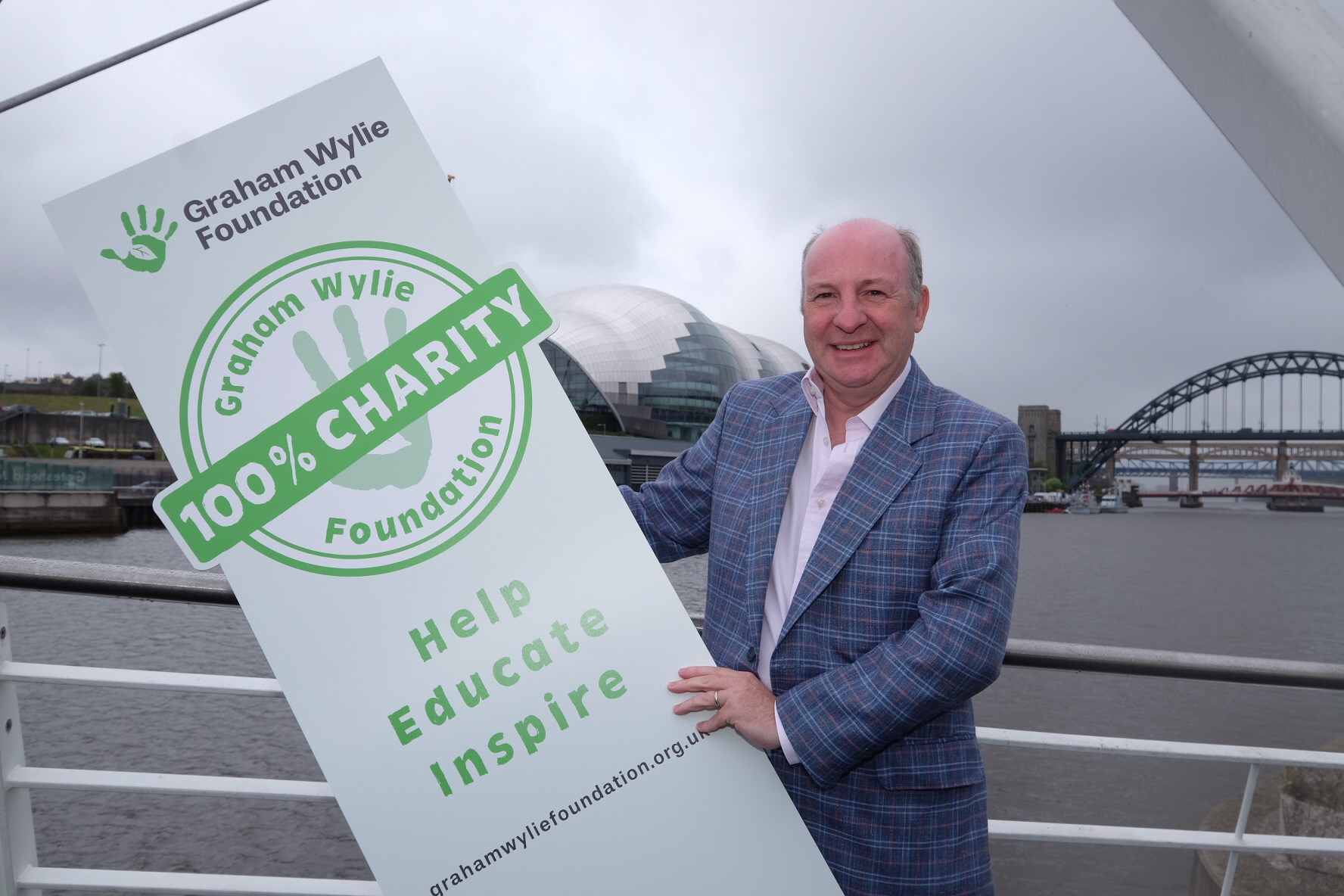 The Prime Minister has today, 4 January, recognised Graham Wylie CBE, from Newcastle, for providing sustainable funding to projects in the North East.

Graham launched a charitable foundation in 2010 with the goal of fundraising, and providing grants, to causes across the North East which help underprivileged children. A successful businessman, Graham personally meets the running, administration and staffing costs of the charity and devotes his time to running the charity on an entirely voluntary basis. This allows 100 per cent of donations to be channelled into funding organisations, equipment and buildings to improve services for vulnerable children and young people across the region for years to come. He recently provided a national charity ‘Nordoff Robbins’ with a building to become the first music centre outside of London to use music therapy to support isolated groups of children. Graham’s charity is also funding a building conversion, named the ‘Mercy Project,’ which will see the cathedral’s dining room transformed into a hub to help homeless and vulnerable young people in Newcastle.

Graham is the latest recipient of the Points of Light award, which recognises outstanding volunteers who are making a change in their community and inspiring others. Each day, someone, somewhere in the country is selected to receive the award to celebrate their remarkable achievements.

In a personal letter to Graham, Prime Minister Theresa May said:

“By setting up the ‘Graham Wylie Foundation’ you have created a remarkable charitable platform which helps inspire and educate children across the North East. By providing funding for equipment, buildings, staff and assets, you are helping to improve services for vulnerable children and young people across the region for years to come.“

“It is an honour to receive a Point of Light Award from the Prime Minister – this will continue to inspire me to make my charitable foundation bigger and better and help, educate and inspire the children of the North East of England. Our first two projects, ‘The Nordoff Robbins Music Therapy Centre’ and the ‘Mercy Project’ at St Marys’s Cathedral are up and running and we continue to fundraise to create more projects of a similar nature. This Award will help with our ambitions.”

Regardless of whether it’s a doctor restoring local monuments in her free time, a father teaching young people life skills, or a local musician giving a voice to lonely people, the Points of Light award honours shining examples of volunteering across the UK.

Get Involved With Our Christmas Calorie Challenge Fundraiser

Join us for our Halloween Spectacular!