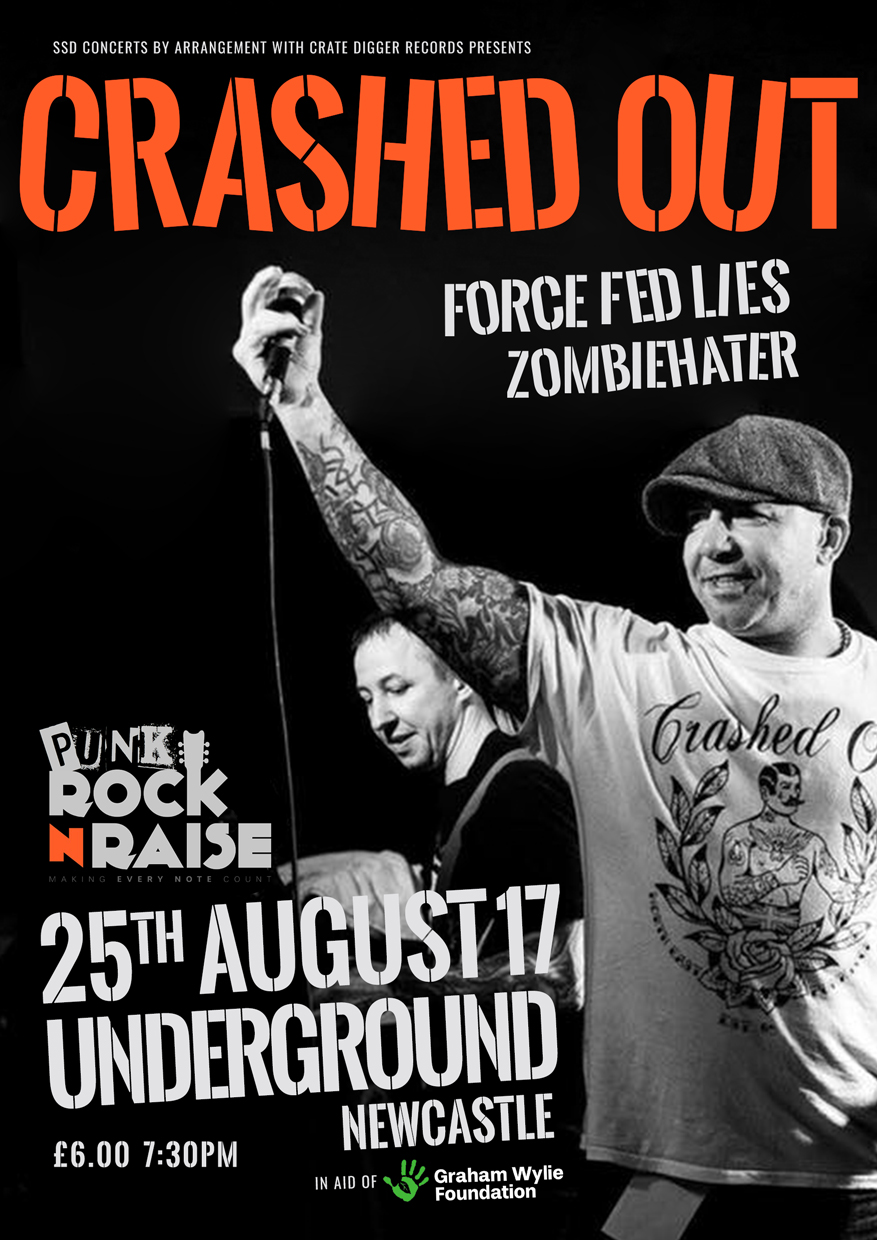 Our friends at Crate Digger Records and SSD Concerts have joined up to create Punk Rock n Raise at Think Tank? Underground (below Head of Steam, 2 Neville St) on August 25th!

Inspired by the success of Rock n Raise at the Arena and the power music can have on changing lives we’ve added our own twist and created Punk Rock n Raise in aid of Graham Wylie Foundation, a charity that puts 100% of its donations back into the North East! The Graham Wylie Foundation’s main project at the moment is raising money raising funds to help build the new music therapy centre which will be ran by Nordoff Robbins. Music Therapy has been proven to help children and young people with learning difficulties, autism and mental health. This event will be on August 25th and features local old school punk legends Crashed out! It will also feature emerging punk bands FORCE FED LIES and ZOMBIEHATER. The club-night Stay Gold, who will play pop punk classics till the early morning, will also follow up the night!

Having honed their stunning sound, this masterful quartet have nailed their in-yer-face yet melodic punk rock that will grab you by the throat, slap you on the cheek and give a cheeky grin. With their very infectiously energetic and powerful live show, these heavily tattooed North Eastern lads are the real deal. And with new releases on the horizon, 2010 is set to be the year of Crashed Out. The amazing journey of Crashed Out dates back to 1995. As 15 and 16 year old kids, they soon went from punk covers to unleashing their declaration of intent with their debut self released album ‘This Is Our Music’ And their aptly titled second album ‘Here Now & Real’ was self released in ’98. With the addition of Decca Wade (ex Angelic Upstarts) on drums, the band developed a fresh sound that combined the urgency of punk rock with the musicianship and full-on force of rock, drawing on influences such as AC/DC, Rancid, Motorhead and The Dickies.

This band might be a new name to the scene but their music is pure old school punk, rock n’ roll. If you like bands like Angelic Upstarts, Sham 69, The Exploited and The Damned, you’re in for a treat.

With interests such as zombies, werewolves, vampires, Norman Bates and his motel you know what to expect with this band! Old school sound with a horror punk edge!

Following up these awesome bands is Stay Gold, always a popular night that will play pop punk classics till the early morning so you can keep the party going! I can’t think of a better way to spend my Friday night then listening to punk and raising money for an amazing cause!