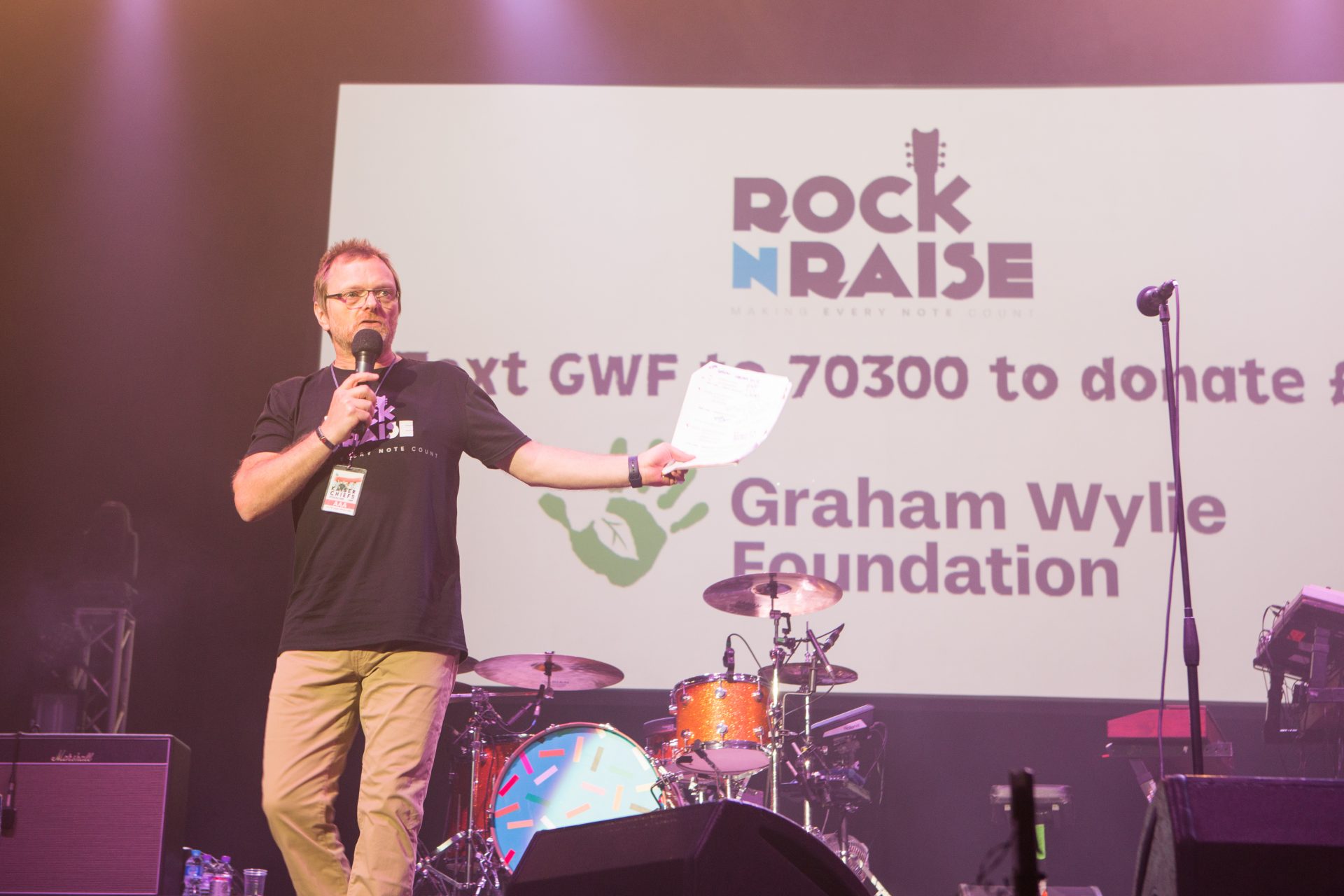 We are very excited to announce that VIZ co-founder and stand-up comedian Simon Donald is to tackle the Great North Run in support of the Graham Wylie Foundation.

Simon, who recently revealed he has multiple sclerosis, will line up for the world’s biggest half marathon on Sunday 10 September to raise cash for the Graham Wylie Foundation’s Rock n Raise campaign. And he is hoping to encourage potential runners to join him in taking part in this year’s event to support children in the region.

Rock n Raise was launched last year as part of the newly-formed Graham Wylie Foundation, which is raising funds through music events to support the creation of a music therapy centre at the former matron’s lodge at Newcastle’s Fleming Hospital. When complete the centre will use music therapy to help children and young people from across the region.

And the North East comedian, who hosted last year’s inaugural Rock n Raise concert at Newcastle Arena – which was headlined by the Kaiser Chiefs and raised £45,000 – hopes to inspire others to follow his lead and sign up in support of the Foundation.

“I guess it’s not widely known that I have a number of health challenges myself; MS, arthritis, asthma and a rare blood condition called ITP,” said Simon, who founded the cult adult comic with brother Chris in 1979.

“I’m also patron of Dyslexia North East, so there were many, many causes I could have chosen to run for in this, my first Great North Run. However, when I first helped Graham Wylie with his Kaiser Chiefs event last year, I knew I wanted to help spread the word about his fabulous work and generosity in setting up a charity without any administration costs. This run will be a challenge for me but I really want to get out there and help raise awareness of the great work of the GWF,” he added.

Graham Wylie said: “I’m a big fan of Simon’s and it’s wonderful that he’s tackling the run on behalf of the Foundation. I’ve known him for some time. He did a superb job of hosting our Rock n Raise concert last year and I’m deeply touched by his commitment to helping us again this year. I really hope other runners will get on board and join him in raising money to help improve the lives of children in the region.”

Places are still available for people who are keen to tackle this year’s Great North Run. To run in support of Rock n Raise, call the foundation on 0191 212 5140 or email info@grahamwyliefoundation.org.uk or apply here.

To sponsor Simon text VIZbloke to 70300 to donate £3 or, to support the Graham Wylie Foundation!