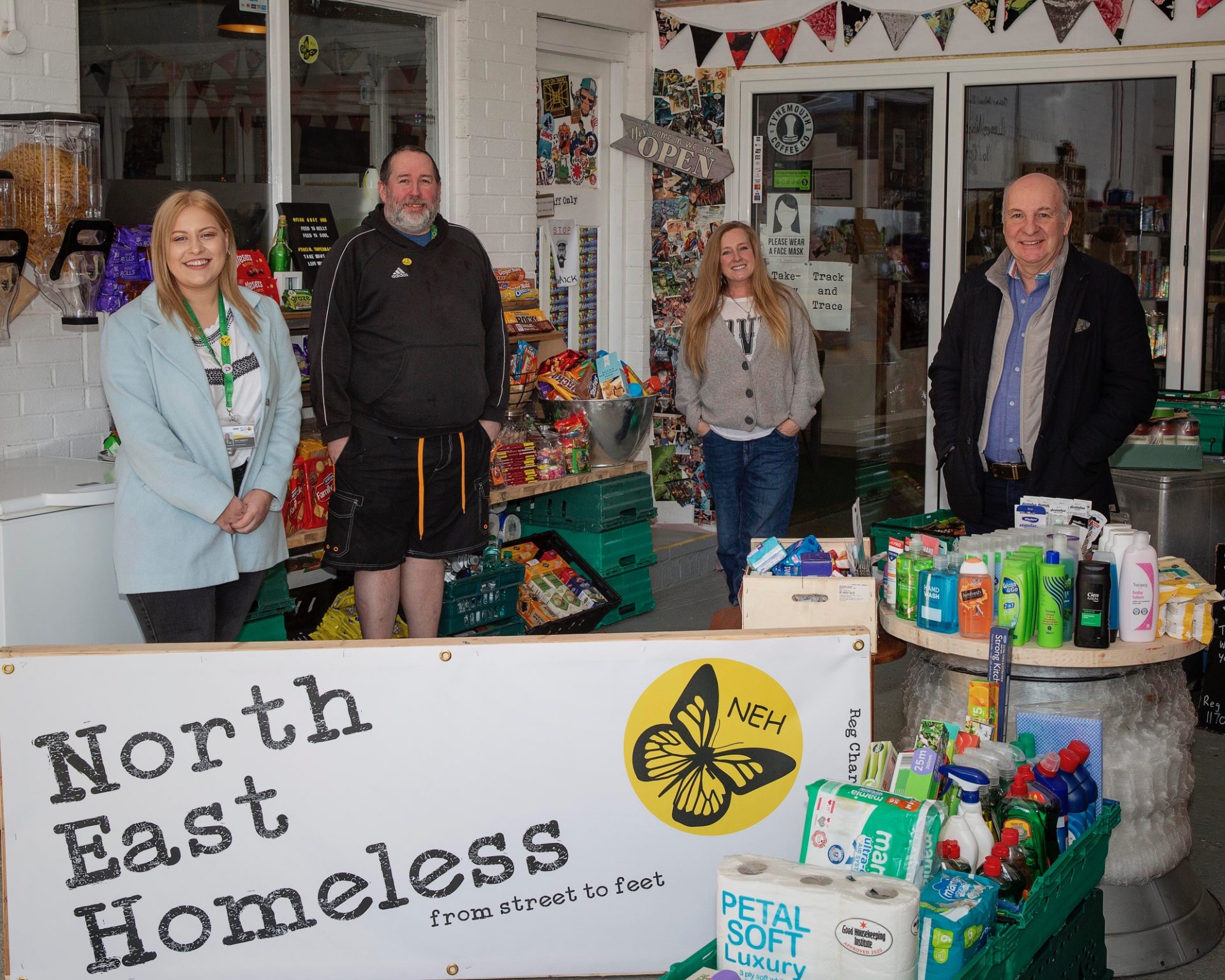 A North East charity supporting those who are, or who are facing, homelessness, has received a welcome boost from The Sir Graham Wylie Foundation.

North East Homeless – which runs a range of services from its North Shields hub – can now plan for the future, after Sage founder, Sir Graham, offered to fund the salary for a key staff member for a minimum one-year period.

And in lending his support, Sir Graham joins a host of well-known North East figures, from Sam Fender to tv architect George Clarke and Viz-founder Simon Donald, who value the work of the Northumberland Street enterprise.

Set up in 2018 by Brian Burridge, North East Homeless operates a drop-in and support centre for anyone who is struggling to make ends meet.

“It is for those who are homeless,” he said, “but crucially it’s about preventing people becoming homeless; about identifying the triggers – perhaps an inability to budget, mental health issues or lack of basic skills – which can very easily tip a person into homelessness and addressing them before that happens.

“For some time there has been a gap between identifying people’s needs and ensuring those needs are met. We bridge that gap.”

Its hub, on the Fish Quay, also has a laundry room, a café and shower facilities along with a ‘social supermarket, which is open to everyone on the principle that ‘you take what you need and leave what you can’ by way of payment.

The charity also runs an outreach programme with pop-up food outlets and a freephone helpline number, to ensure its services can be accessed not just in North Tyneside, but across the region.

The Sir Graham Wylie Foundation’s grant will fund the wages of Emily Morritt, from Sunderland, who has been one of a 12-strong team of volunteers for the past year and Brian said it will be “vital” in enabling the charity to expand its offering across the region.

“Emily has, in a short time, become integral to the running of the charity,” said Brian. “She instinctively grasps the problems people face and she has a very hands-on approach to tackling them.

“This grant means we can expand areas of our current operation – such as training in kitchen skills – and embark on new initiatives, such as a rapid response service for rough sleepers.”

Sir Graham Wylie launched his Foundation to help, educate and inspire children and young people across the North East and, as he personally meets all its running costs, every penny raised goes directly to where it is most needed.

“I have been looking at ways to most effectively and efficiently help vulnerable children and young people, who are particularly affected by the pandemic,” said Sir Graham.

“And, after spending time with Brian, his wife Emma and their team, I have no doubt that they offer far more than just advice and support – they provide practical help to those who need it most and I am delighted the Foundation has been able to help.”