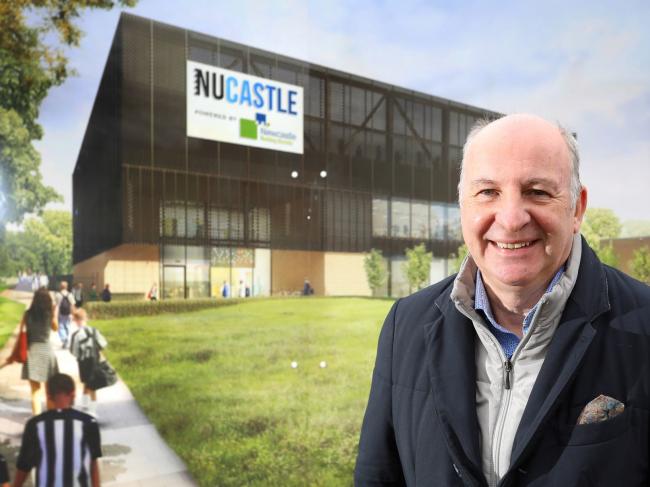 YOUNG people from across the North-East can look forward to a brighter future after one charity stepped in to support another.

NUCASTLE, at the former Murray House community centre site at Diana Street, Newcastle- upon-Tyne will be geared to providing activities and skills training for those aged from five to 24 to improve their life and career prospects.

And the investment will be used to develop the Sir Graham Wylie Foundation Room, a dedicated learning facility on the first floor of the centre, which will also be the new home of Newcastle United Foundation.

NUCASTLE and the Sir Graham Wylie Foundation Room will be open seven days per week, including during school holidays.

It will enable young adults to gain key personal and employment skills and will also serve as an accessible base for extracurricular learning and an outreach centre for schools.

NUCASTLE also aims to improve physical fitness with high quality indoor sports facilities for people of all ages and abilities.

Sage founder, Sir Graham Wylie, launched his Foundation to help, educate and inspire children and young people across the North East and, as he personally meets all its running costs, every penny raised goes directly to where it is most needed.

“Children love football – particularly here in the North-East,” he said. “And this new building has the potential to transform the lives of hundreds, if not thousands of young people.

“Not just through football, but by educating and inspiring them to reach their potential and really make something marvellous of their lives.”