Support Matt From Collabro In The Great North Run! 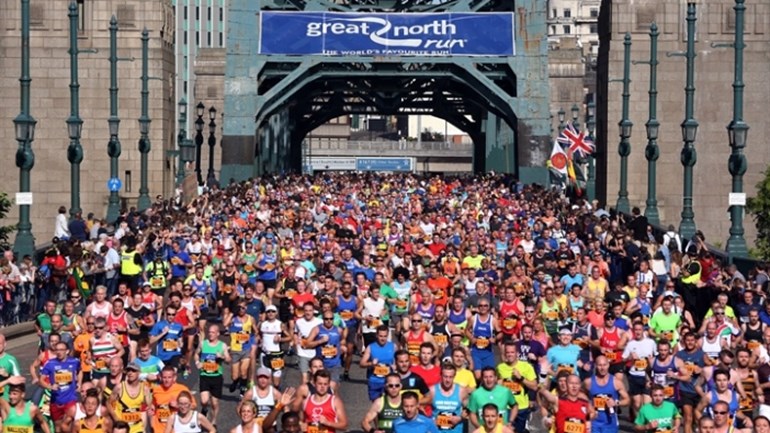 Support Matt From Collabro In The Great North Run!

COLLABRO singer Matt Pagan is the latest star to tackle the Great North Run in support of a charity which helps vulnerable youngsters across the North East.

Matt, one of the four-strong line up which won Britain’s Got Talent in 2014, will put on his running shoes for the world’s biggest half marathon on Sunday 8 September to raise cash for the Graham Wylie Foundation.

And he will be joined at the starting line by Viz founder Simon Donald and cabaret comedian and hostess at Newcastle’s Boulevard nightclub, Miss Rory.

This will be Matt’s second Great North Run and the 25-year-old singer, who recently completed a 52-date UK tour with Collabro to support the launch of their new album, The Road to the Royal Albert Hall, said he is aiming to complete it in “under two hours if I can.”

All the money Matt, Simon and Miss Rory – whose real name is Dan Cunningham – raise through sponsorship will go directly to the charities and initiatives supported by the Foundation, one of which is the Nordoff Robbins music therapy centre.

Located in the former matron’s lodge at Newcastle’s Fleming Hospital it uses music to enrich the lives of children and young people with disabilities and life-limiting illnesses in the region.

“Music’s been a huge part of my life,” said Matt, who started singing in pubs and clubs in Carlisle when he was a young teenager, “and to see the work being done at the Nordoff Robbins Centre at Newcastle – the only one outside London – is just amazing.

“I’m really excited to be supporting the Foundation and hopefully Simon, Miss Rory and I will be able to do it proud.”

Graham Wylie said: “I’m a big fan of Collabro and it’s great that Matt’s tackling the run on behalf of the Foundation.

“I’m always incredibly grateful when people like him, Simon and Miss Rory make the time to support us with this – because it’s not just something you can turn up on the day to do.

“They will be training pretty much flat out now and I’m genuinely touched by that and hope as many people as possible will sign up to sponsor them.”

Join us for our Halloween Spectacular!