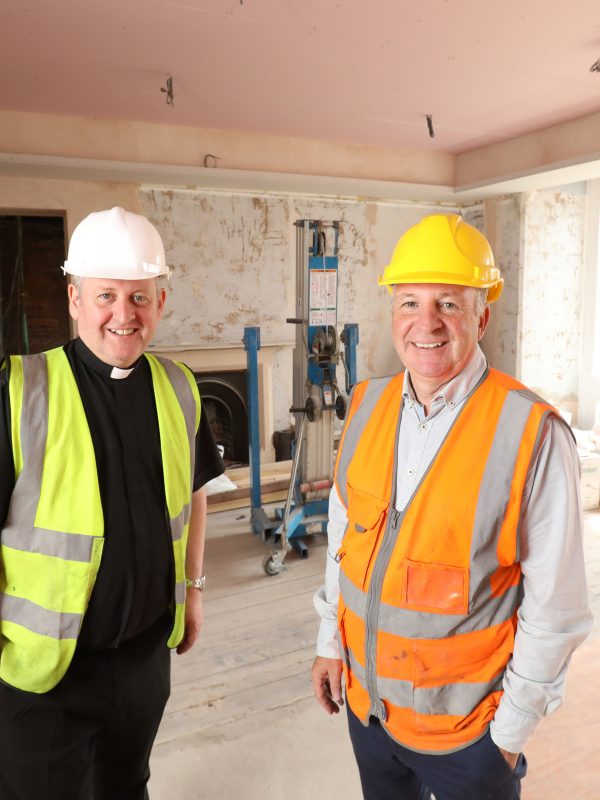 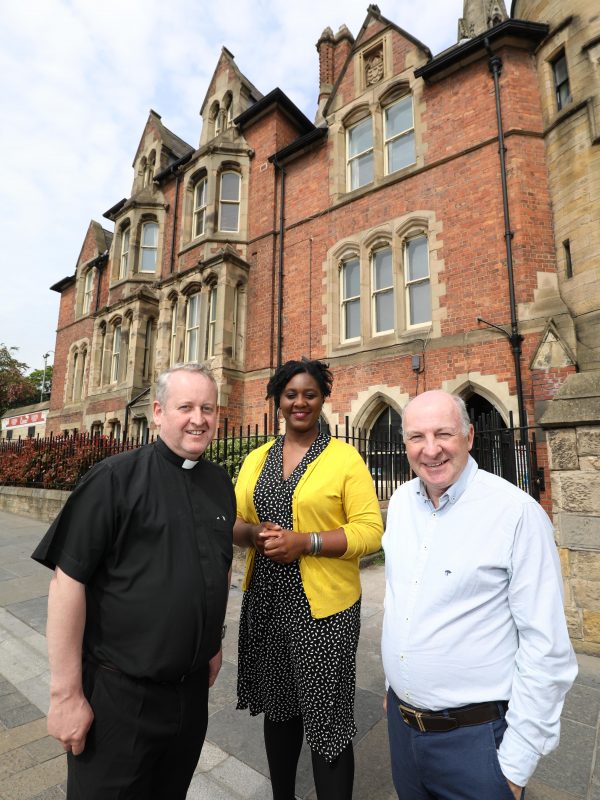 MERCY ON THE MOVE

WORK has begun on a new project geared at helping homeless and vulnerable youngsters in Newcastle.

The Mercy Hub, at St Mary’s RC Cathedral, will link those in aid of help and support with local organisations already set up to provide it.

And the scheme, which is the brainchild of Revd Father Dermott Donnelly, Dean of the cathedral and director of youth services for the Diocese of Hexham and Newcastle, will be funded by the Graham Wylie Foundation.

Building work is now underway to transform the former priests’ dining room at the basement of the cathedral into a centre from which trained volunteers will put young people in touch with relevant services, organisations and charities.

But what makes The Mercy Hub unique is that instead of waiting to be asked for help, the volunteers will provide mercy on the move – walking the streets in search of people who may be struggling with practical or emotional issues.

They will then take them back to the hub, identify where help can be found and go with them to access it.

The project, which is set to open in autumn, will be managed by the cathedral’s outreach co-ordinator Yvette Daniel, who said: “We knew there were homeless and vulnerable young people in the city and we knew that there were some superb organisations set up to help them.”

“However, we were finding that, often, through lack of confidence or simply because life or circumstances had ground them down, they weren’t accessing them.

“What they needed – what we all need at various points in life – was someone to walk along side them. Not just to tell them where help can be found but to go with them.”

The hub, accessed via Neville Street, will not only house volunteers but also hopes to eventually provide workshops for practical skills such as cooking, along with therapies, such as mindfulness.

“When I took over as Dean here four years ago, the Bishop told me he wanted me to open the cathedral up,” said Fr Donnelly. “To bring what we do in here, out there.

“It has taken a lot of time and research to identify a way of doing that, that would be fully meaningful and helpful – and I believe we have found it.

“I was introduced to Graham by my brother Declan and his support through the Graham Wylie Foundation is enabling us to bring this project to fruition.

“I very much hope that in helping people access the help that’s there for them we will be plugging a gap and giving young people the chance to turn their lives around.”

The Graham Wylie Foundation was formed to ‘help, inspire and educate children across the region.’

“But it’s also important that, if they lose their way a little, someone will be standing at their side to get them back on track,” said Graham, “and to that end we are delighted to be involved with The Mercy Hub.”